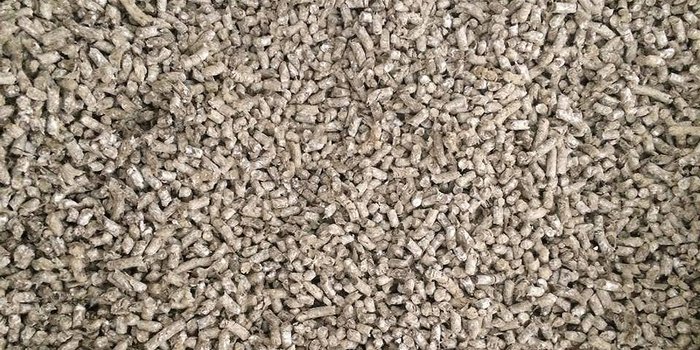 The Next Big Thing in ‘Green’ Packaging Is Hemp Bioplastic

November 29, 2018 6 min readOpinions expressed by Green Entrepreneur contributors are their own.

Kevin Tubbs, founder of the Hemp Plastic Company, sees the world through bioplastic glasses. The Denver-based company specializes in flexible bioplastic packaging containers made from byproducts of nutritional hemp processing.

“We expect market dominance in bioplastic hemp,” Tubbs says. “Outside of cash crops like hemp hearts and CBD oil, there’s a lot of waste in hemp processing. So I started experimenting. Take the waste products and you can do one of two things with them: You can either make hempcrete — a building material — or hemp plastic.”

Bioplastics, meaning any plastic that is plant based, biodegradable, or both, replaces fossil-based carbon in plastic with carbon from renewable sources such as corn or hemp. Tubbs, now manufacturing about a million pounds of hemp-based bioplastic a week, is confident that hemp bioplastic will overtake petroleum-based raw polymer in coming decades.

Thanks to a confluence of consumer demand for more sustainable goods, corporate initiatives and falling manufacturing costs, production of bioplastics is poised to take off. By 2020, bioplastics are predicted to control 5 percent of the plastics market, rising to 40 percent by 2030, according to Grand View Research.

Related: Hemp Is the Multibillion-Dollar Cannabis Opportunity Few Have Heard About

Tubbs advises potential investors to think about raw material costs. “When the price of oil rises, watch the cost of bioplastic. Take a pound of raw polymer and compare it to a pound of hemp raw material: the hemp is cheaper. Every ounce of it I add to the other polymers it makes the polymer cheaper. Greener and cheaper.”

So why hemp? “What other biomaterial could you use?” Tubbs asks. “It has very unusual characteristics for a plant. It’s ridiculously strong, almost as strong as spider silk.”

Industrial hemp, a variety of cannabis that contains under 0.3 percent of the psychoactive compound THC that gives marijuana its potency, works well as a raw material for bioplastics for some other reasons as well: It grows well in most soils with few chemical fertilizers or pesticides. It grows fast, furiously absorbing carbon from the atmosphere from germination to harvest. That carbon is then transformed into the high cellulose content needed for bioplastic manufacture, around 65 to 70 percent of hemp biomass.

By comparison, wood contains 40 percent cellulose, flax has 65 to 75 percent and cotton leads the pack with up to 90 percent. However, cotton requires 50 percent more water to grow than hemp, and four times more water to process. But cotton, corn and wood have the advantage of being legal.

The cultivation of hemp of any kind was outlawed in 1937 (though the ban was lifted during World War II to provide critical raw materials). Importation of hemp became legal in 1997 and demand for hemp hearts, hemp milk, hemp protein powders, hemp-based cosmetics and extracted oils, as well as clothes, textiles and sustainable bioplastics, has grown steadily ever since.

The 2014 Farm Bill took a step towards domestic cultivation by making it legal for states to allow industrial hemp pilot programs. While 40 states did so to some degree, only 15 states grew hemp in 2016, with four more joining their number in 2017. Colorado led the pack with 9,700 acres of hemp in cultivation, followed by Oregon with 3,469 acres, Kentucky with 3,271 acres and North Dakota with 3,020. Only two other states — New York and Minnesota — cultivated more than 1,000 acres of hemp, according to the advocacy group Vote Hemp.

But the 2014 Farm Bill expired on September 30, and the conference committee has yet to issue its report combining the House and Senate versions of a 2018 Farm Bill. The Senate version that passed in June included, in its entirety, the Hemp Farming Act of 2018, which would remove hemp and its products such as CBD oil from the purview of the Controlled Substances Act, legalizing cultivation in all 50 states.

Final passage of the Farm Bill may be kicked into the lame duck session or early 2019. But the biggest proponent of hemp decriminalization, Senate Majority Leader Mitch McConnell, R-Ky, is unlikely to abandon a bill whose provisions would allow his state to continue to capitalize on a crop that he says made Kentucky farmers $16 million in 2016 and could replace tobacco as a major cash crop.

The hemp farming provisions McConnell supports would make industrial hemp legal to grow for the first time since the 1930s. Legalization of industrial hemp will make available a large quantity of domestically grown, high-cellulose raw material for renewable bioplastics. The question isn’t if it will become an important commodity for a booming industry, it’s when.

Bioplastics are developed to work in existing injection molding equipment and possess the versatility of petroleum-based plastics to be formed into virtually any kind of packaging, furnishings, medical equipment and more. Bioplastics require neither new infrastructure nor the development of new technologies.

Some early adopters are already exploring the potential of hemp packaging.

“Single use plastics are used for a moment in time, then discarded,” says Ron Basak-Smith, founder and CEO of Sana Packaging, which aims to fill a tidy niche within the cannabis industry with reusable, child-safe, hemp-corn composite bioplastic vials and boxes for medical and recreational marijuana. “Plant-based plastic packaging represents a great opportunity to put renewable plastics into people’s hands.”

“Until hemp is more mainstream,” Basak-Smith says, “we’ll continue to fill a small niche of consumers who really want sustainable packaging. Brand image is important, and the number of people who want sustainable options drives how many options exist.”

Kevin Tubbs sees the same competitive advantage to sustainable packaging. “If your competitor is using raw polymer and you’re using hemp bioplastic, you have an advantage,” Tubbs says. “As soon as someone tests out new bioplastic packaging with us, we see their competitors come knock at our door.”

The demand for hemp bioplastic is there, Tubbs says, who says otherwise he never would have gotten involved with it. “I’d love to tell you it was my dream and I was always a hemp plastic guy, but it wasn’t,” Tubbs says. “It just happened. We couldn’t escape it. Our company is built 100 percent on demand.”